Georgia has five main regions of viniculture, and one of them is Imereti, a region in western-central Georgia, situated along the middle and upper reaches of the Rioni River. In addition to wine, Imereti is also famous for its mulberries.

Imereti is known as a highly diverse region for wine making. Both climatic conditions and soil conditions vary significantly within the region, and this will of course have an impact on the wine.

Examples of wines from Imereti:

In Imereti, the kvevri vessel is more commonly known as churi. After fermentation, Imereti wine is typically left in the churi for another two months, before the pulp is removed and the wine transferred into barrels.

Examples of varieties grown in Imereti: 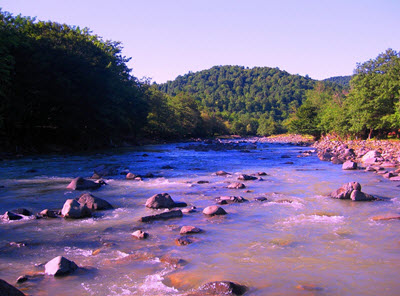 Imereti is located in western-central Georgia, along the middle and upper reaches of the Rioni River.

How large is Imereti?

Most people in Imereti speak a Georgian dialect particular to Imereti.