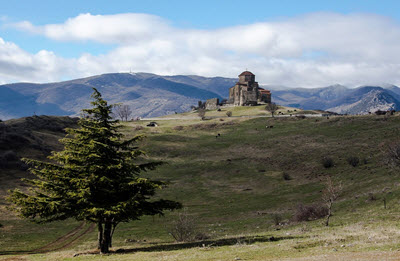 Georgia has five main regions of viniculture, and Kartli is one of them.

The Kartli vineyards are located in the river basins, typically at 450-700 meters above sea level. Kartli is bisected by the river Kura (Mtkvari), and you will also find the tributaries Liakhvi and Ksani here.

Both European methods and traditional Georgian techniques are utilized to make wine in Kartli, but Kartli is chiefly known for classic European-style wines.

Examples of grapes grown in Kartli

Kartli is a historical region located in central-to-eastern Georgia. In Classical antiquity, European’s referred to it as Iberia (not to be confused with the Iberian peninsula in western Europe).

During the Middle Ages, Kartli played a crucial role in the ethnic and political consolidation of the Georgians, and the dialect of Georgian spoken in Kartli forms the basis of the modern Georgian literary language.

Georgians living in Kartli are known as Kartleli. The largest religious affiliation among the Kartleli is the national Georgian Orthodox Church.

Tbilisi is the capital and largest city of Georgia; but it is not the legislative capital anymore since the Georgian Parliament was moved to another city in 2012. Tbilisi is home to roughly 1.5 million people. 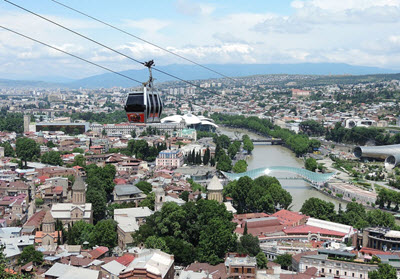 Located on the banks of the River Kura (Mt’k’vari), at 41° 43′ North Latitude and 44° 47′ East Longitude, Tbilisi enjoys a humid subtropical climate with considerable continental influences. The so called “Tbilisi Sea” is not a sea; it is an irrigation-canal fed reservoir situated north of the city.

Surrounded by mountains on three sides, the city is shaped like a huge amphitheater. The lowest-laying parts of the city are just 380 meters above sea level, while the highest parts are found at an altitude of 770 meters. Tbilisi is bounded by the Sanguramo Range to the north, and to the south and west by sub-ranges of the Trialeti Range. The Iori Plain stretches out to the east and south-east.

Tbilisi have moderately cold winters and very warm summers. The mountains partly encircling Tbilisi, and the Greater Caucasus Mountains situated further to the north, all help preventing cold Russian air from reaching the city. Combined with the proximity of both the Black Sea and the Caspian Sea, Tbilisi enjoys a microclimate that is mild compared to many other cities found along the same latitude.

The weather in Tbilisi is dominated by two factors:

In an average year, Tbilisi gets almost 500 mm of precipitation. The mountains can easily trap clouds within the city, resulting in prolonged periods of rainy, or at least overcast, weather. This is especially common during spring and fall.

There is no distinct dry season in Tbilisi, but some months are less wet than others. January is a comparatively dry month, averaging less than 19 mm of precipitation, while May is wet with its average of nearly 78 mm. Snow falls 15-25 days per year.

Throughout the year, the most common wind in Tbilisi is the northwesterly one, but southeasterly winds are pretty frequent as well.